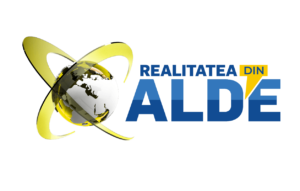 In this edition we will be investigating the secular persecution of Christianity worldwide.

On the table we have Boris Johnson’s pledge to stand up for Christians (in his first Christian message to the UK), we also have the York Minister’s statue of Roman emperor Constantine that could be torn down after complaints that he supported slavery. We then see Nigeria at risk of „Rwandan-style genocide” as 60.000 were killed by Boko Haram and Isis in the decade, and then we get hit on the 1st of July with the news coming from the U.S. Department of State in which the United States of America urges the Government of Turkey that they continue to maintain the Hagia Sophia as a museum, “as an exemplar of its commitment to respect the faith traditions and diverse history that contributed to the Republic of Turkey, and to ensure it remains accessible to all – since The United States views a change in the status of the Hagia Sophia as diminishing the legacy of this remarkable building and its unsurpassed ability—so rare in the modern world—to serve humanity as a much-needed bridge between those of differing faith traditions and cultures”.

We will also take a look at Trump’s struggle to save Christianity right in his backyard, then we set the ironic question if China is the best example of social doctrine of the Church, and finally we conclude with a new religious fusion between Christianity and Islam that has attracted quite a few followers.

Liberty Hub. Defending the West. The death of the American University. Stupidity, Schooling, and the Take-Over of America’s Culture

Liberty Hub – Defending the West. Who is the American Dream assassin? Trump, Jesus or Marx?